Howdy! I've got four more class teases for you (including the one that was lacking a name - it has one now!), and another map update!

Interceptor. Somewhere between an Engineer and a Spiritualist, the Interceptor uses mechanical knowledge and spiritual aptitude to interfere with MECtech. It is said they can even give bots new orders. The Interceptor is kind of like a hacker class, although there aren't computers or typical programs in this setting. Think a Decker or Rigger from Shadowrun.

Scoundrel. Unlike the more trained and disciplined soldier, they use violence and charisma to manipulate situations to their liking. You know we're talkin' about Han Solo, Lando Carlissian, Damon Salvatore, and Starlord.

Scout. They patrol the wildlands and roads to ensure their safety, often reporting what they learn to others. Their skills are invaluable during long journeys. Not the flashiest class, but that's of course by design, as they usually don't wanna be seen. Think LotR's Strider, San from Princess Mononoke, and Katniss Everdeen.

Sharpshooter. Nobody outshoots them, or so they’d have you believe. Their skill with bows or guns is legendary. These are your classic trickshooters and gun bunnies. Hawkeye, Legolas, Doc Holiday from Wynona Earp, just about anybody in Wanted; all Sharpshooters.

Here it is, ready to be inked up, with location spaces left open. Spoiler alert, I've already inked the map and written in the names, but it wouldn't be "teasing" and "previews" if I just showed it off, would it? 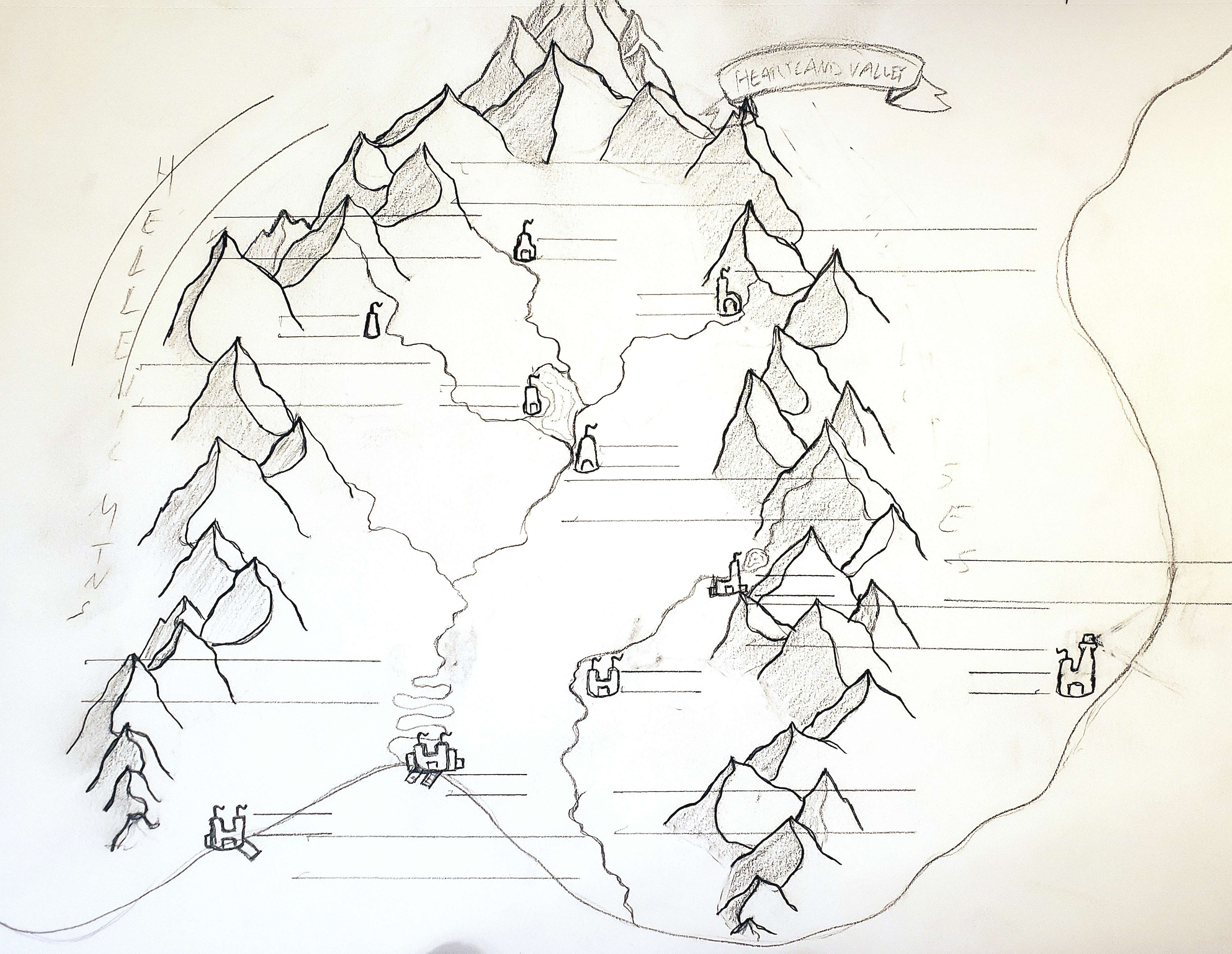 Thanks again for checking out another devlog!

Fight for the Heartland against the plutocratic Provincial Trade Coalition