Let's not waste any time, let's get right into the class previews :)

Engineer: Skilled in the intricacies of MECtech, they can build or maintain complicated machinery and manipulate magic in specific circumstances. The main inspiration for this class is Edgar from FFVI, but Cid from FFIV has his influence here as well.

Magiturge: Most magiturges combine natural talent with intense training, though enough of either one can make up for lack in the other. They use their will to manipulate raw magic. This is kind of your standard magic user; think Terra from FFVI, the Mage class from World of Warcraft, or Doctor Strange.

Officer: When tough times come, they are the ones soldiers and civilians alike turn to. They lead their charges into battle with calculation and foresight. Whether they're likeable, like General Leia from Star Wars, or kind of a hardass, like Clancy Brown's Drill Seargent Zim from Starship Troopers, the Officer helps groups focus on a common goal.

Reclaimer: So-named because they’ve mastered the art of reclaiming magical energy from MECtech and spiritual objects, they can channel this magic into new items and spells. The main inspirations behind Reclaimers were Disenchantment/Enchantment from World of Warcraft, and the Siphoners from Vampire Diaries (I preemptively reject your judgment). The suck the magic out of objects to use for their own magic.

Yesterday I shared a rough sketch I did to try to get a visual of where the different regions were on the continent. Last night I worked on a more concrete drawing of the map - this is still just pencil and chicken scratch, but it's what will become the final product. 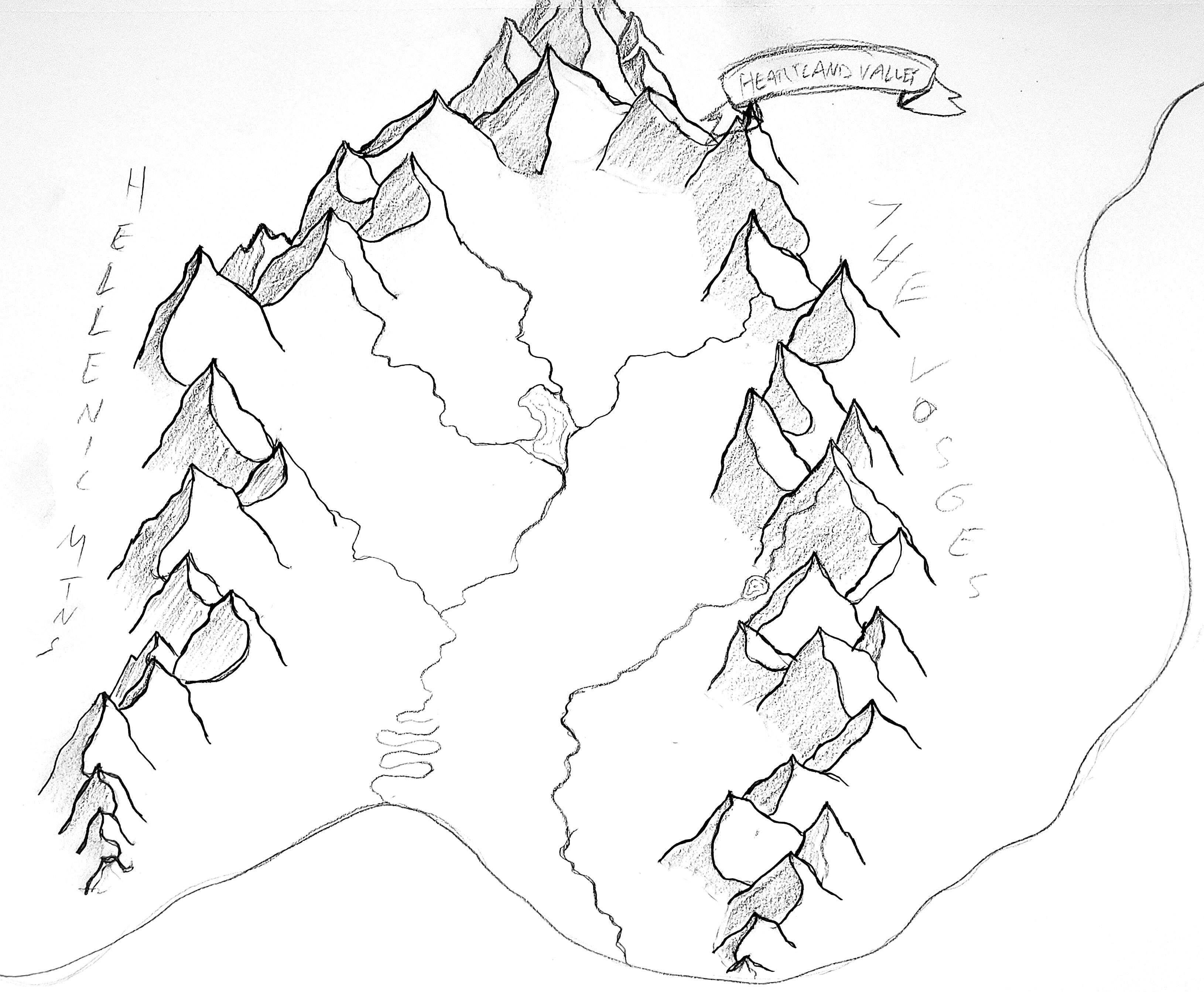 Sometimes it's hard to imagine a finished product when you see the early stages, but I promise this is gonna look nice :)

That's it for another round of previews! I know this came right on the heels of the last post, but I wanted to write it up for WIPWednesday over on Twitter :) Have a great week!

Fight for the Heartland against the plutocratic Provincial Trade Coalition